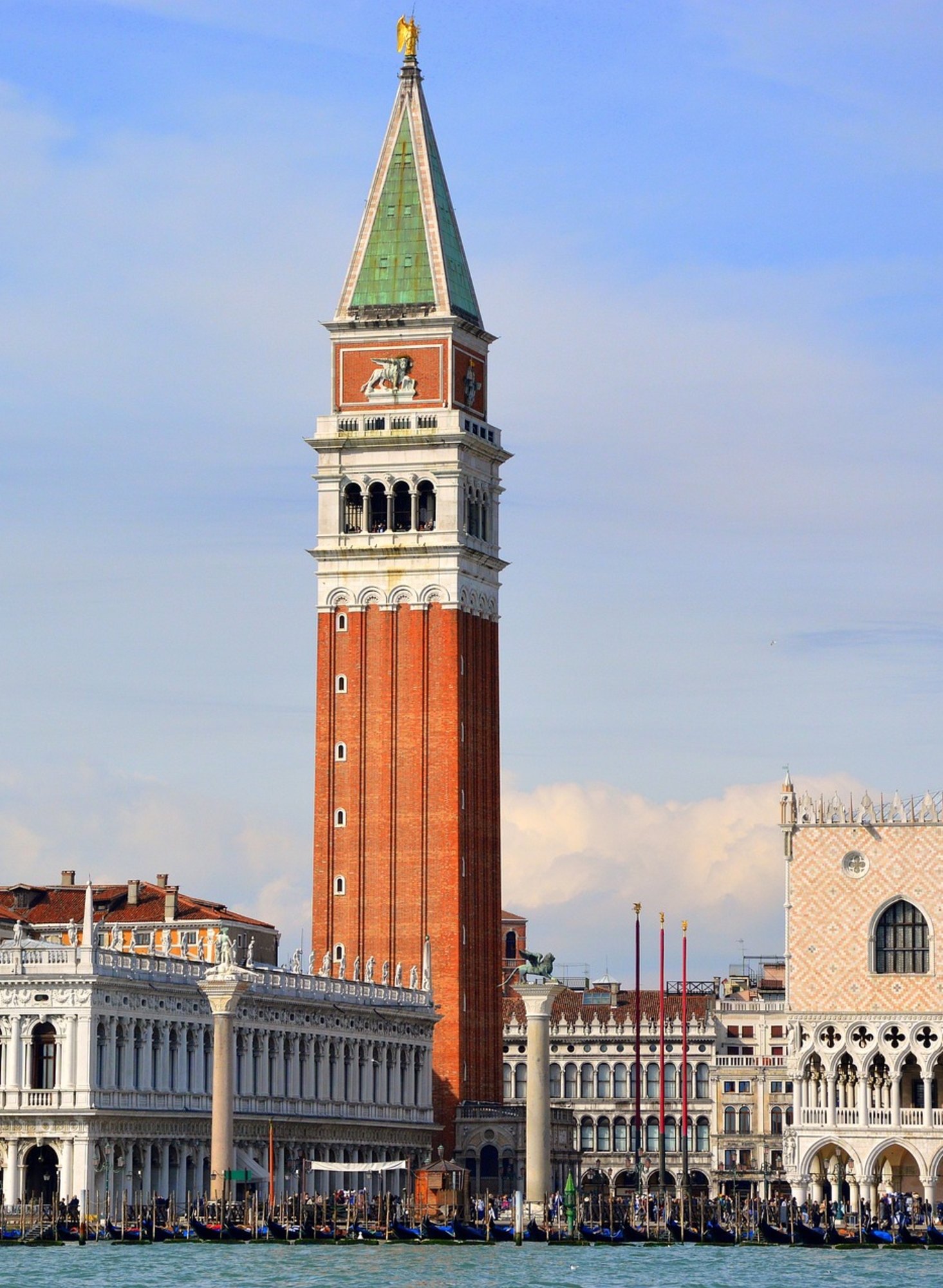 The tower is 98.6 metres tall and was probably used as a watch tower or lightouse. It was renovated many times but, after being seriously damaged by lightning in 1489, the tower assumed its definitive shape thanks to the renovation directed by Bartolomeo Bon the Younger between 1511 and 1514. On the morning of July 14, 1902, the bell tower collapsed completely, also demolishing the Loggetta. The venetians decided to rebuild the tower exactly "as it was and where it was". Today, it is possible to climb the bell tower to enjoy an extraordinary panoramic view of the city.