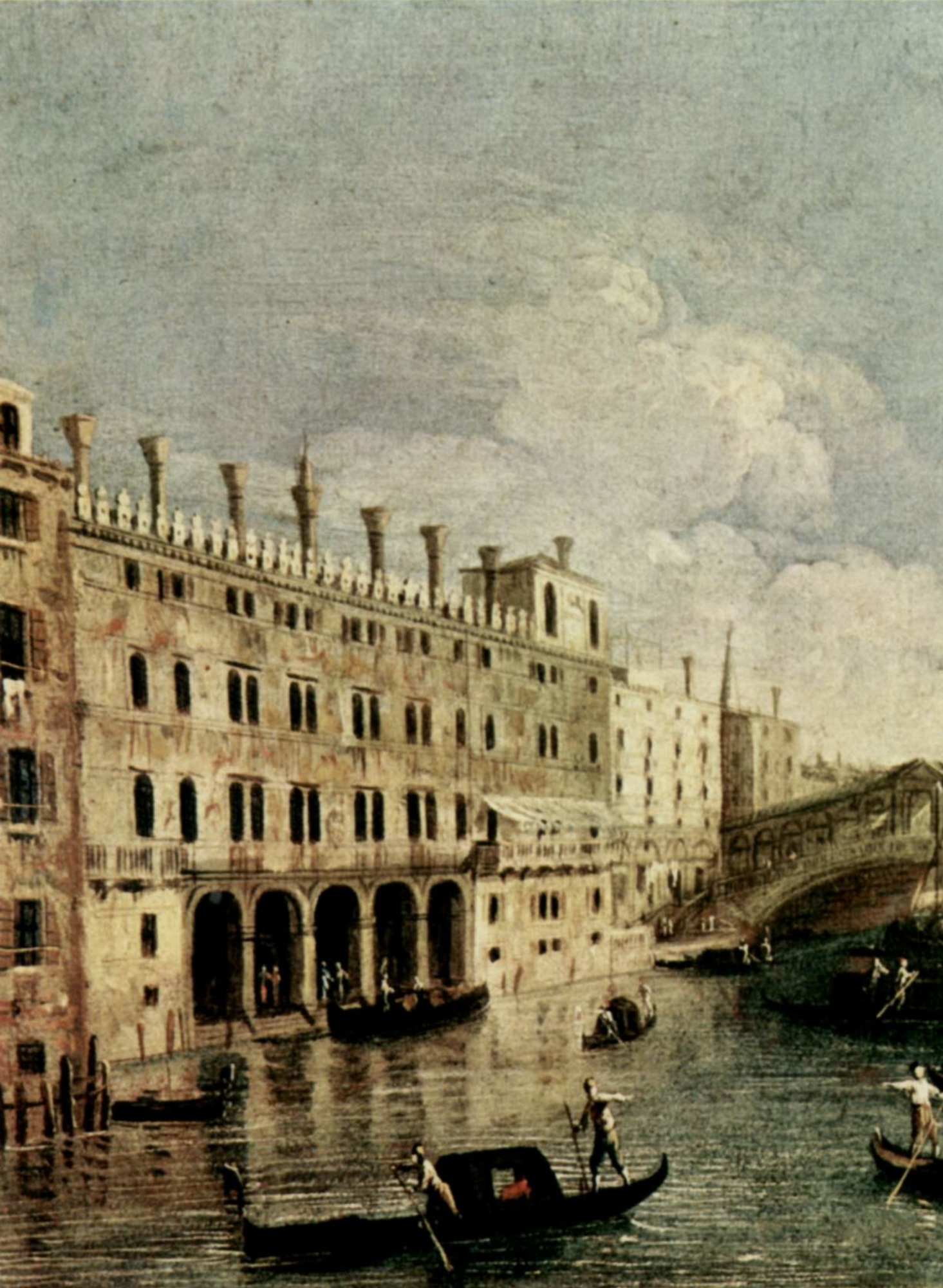 Canaletto, The Grand Canal in Rialto, On the left is the Fondaco dei Tedeschi, which still reveals traces of the original fresco decoration by Titian, About 1730-1750, Oil on canvas, Madrid, Prado Museum

The large building was the seat of the emporium of German merchants, of great importance since the thirteenth century for the commercial and cultural exchanges of Venice. Destroyed by the fire that struck this area in 1505, it was rebuilt a few years later and adorned with a famous fresco decoration entrusted to Giorgione and Tiziano, parts of which remain in the Ca 'd'Oro and the Accademia Galleries. Formerly the headquarters of the Post Office, the building has been owned by the Benetton group since 2008 and has entrusted its restoration to the famous Dutch architect Rem Koolhaas for its conversion into a shopping center also equipped with a cultural center, which was opened to the public on 1st October 2016 .