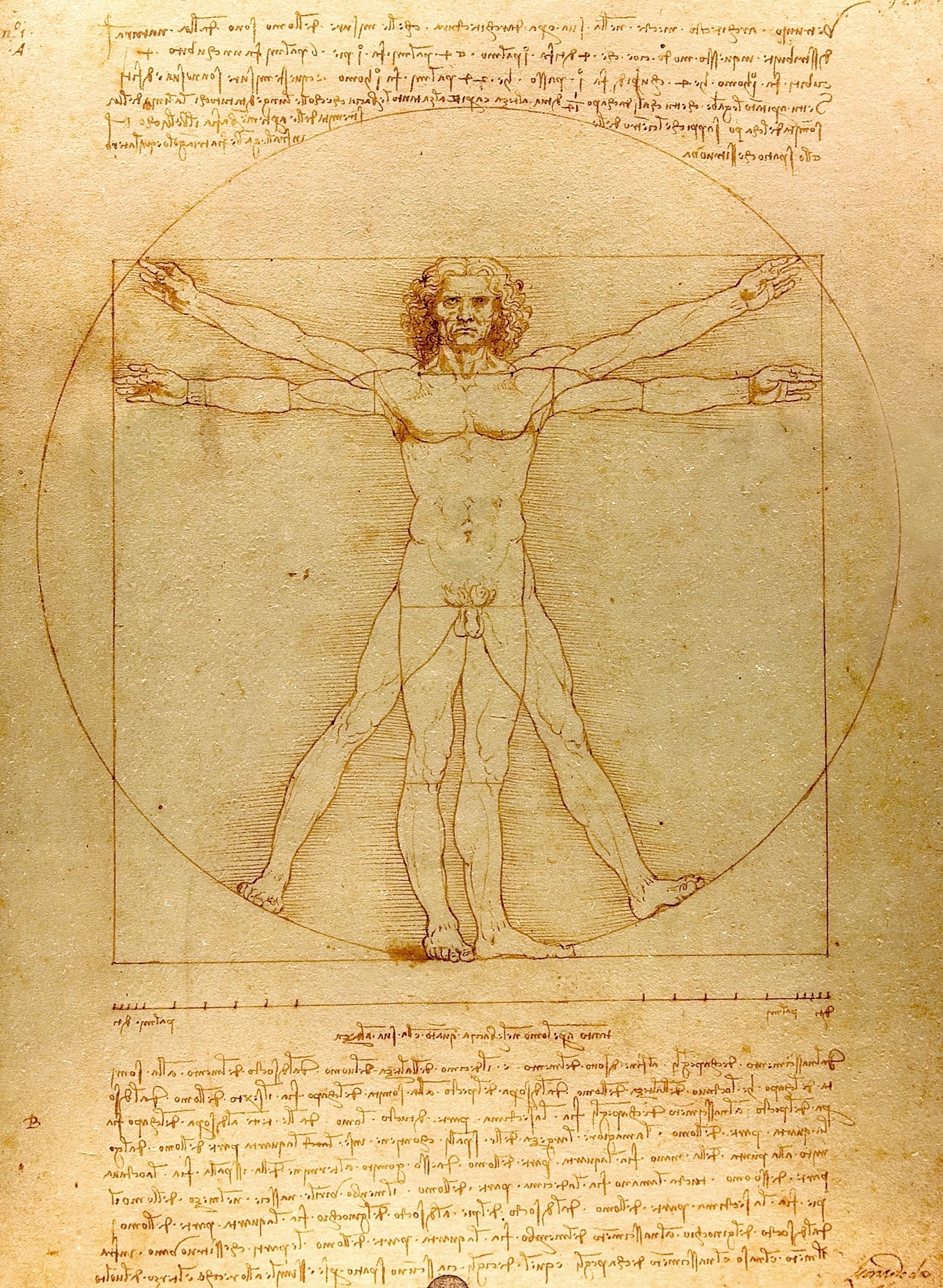 The celebrated drawing by Leonardo, carried out in Milan around 1490 and purchased by the Austrian government along with 25 other extraordinary drawings, it has been housed in the Gabinetto dei Disegni e delle Stampe at Galleria dell'Accademia di Venezia since 1822. The image, a symbolic union between art and science, represents the centrality of man through the study of the proportions of the human body according to the canon of roman architect Vitruvio Pollio in the first century b.C.
The Vitruvian Man can be inscribed perfectly, standing up with his legs and arms stretched out, in geometric figures, the circle and the square, considered perfect by Plato, constructed in relation to each other according to the Golden Ratio.